The Cheshire Ring is a circular canal route, which is 97 miles long and has a total of 92 locks. This cruise will take you through Cheshire and Manchester – we recommend a fortnight to comfortably complete this trip from our base. 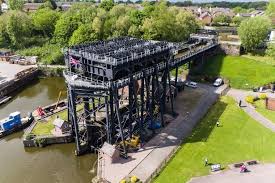 Due to the high numbers of locks many of which are incorporated into flights, we recommend a crew of four – but an energetic couple will manage it ok!!

The point of access from Whixall involves cruising up the Llangollen Canal to Hurleston which will take approximately one and a half days. Turning left onto the Shropshire Union Canal will, after 30 minutes deliver you to Barbridge junction where a right turn will take you up towards Middlewich.

The Cheshire Ring is made up of the Macclesfield Canal and parts of the Trent and Mersey, Bridgewater, Rochdale, Ashton and Peak Forest Canals. Its scenery ranges from the upland views of the Macclesfield Canal as it skirts the edge of the Pennines, the gentle rolling Cheshire countryside, industrial areas and the bustle and nightlife of urban Manchester. Typical canal features include narrow locks, aqueducts and tunnels. The towpath extends all the way round the Cheshire Ring with the exception only of the Preston Brook Tunnel, the Hyde Bank Tunnel near Romiley, and the Saltersford and Barnton Tunnels near Anderton. All of these have footpaths over the tunnels.